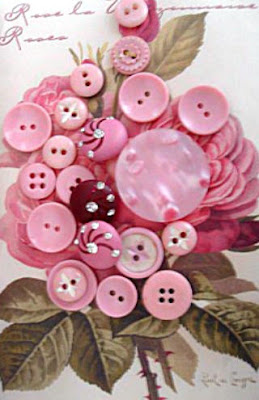 Once upon a time, there was a Girl Who Loved Buttons- pink buttons,

what she called her "special" buttons,

green buttons- most any kind of button. 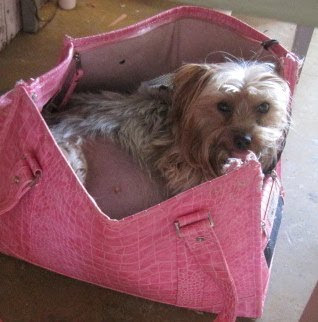 The girl had a friend who had a Yorkie dog named Twinkle and Twinkle was expecting puppies. 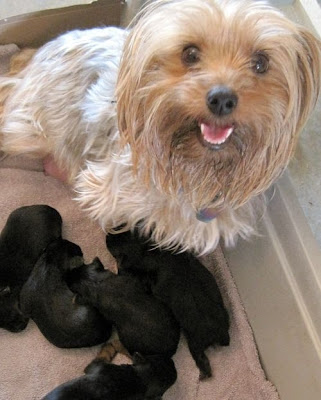 When the puppies were born, there were six tiny little treasures- three girls and three boys.


...and your husband has already said it was ok". 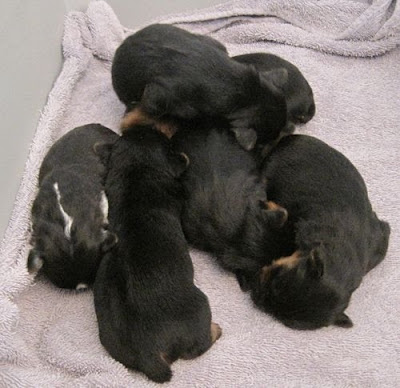 The puppies were too little to leave Twinkle right away, and that gave the Girl Who Loved Buttons a chance to think of the perfect name for her puppy. She drove home from the friend's house and looked at all the road signs along the way.

Eudora- how about Dory?


Evening Star Rd-maybe his name could be Star.


Kill Creek Rd- no, no good ideas there.

No, none of those seemed quite right.


The girl sat down at her computer and saw a card of buttons next to the monitor- and knew- her puppy should be named BUTTON.

A few weeks later, Button came home to live with his much bigger brother, Buddy; 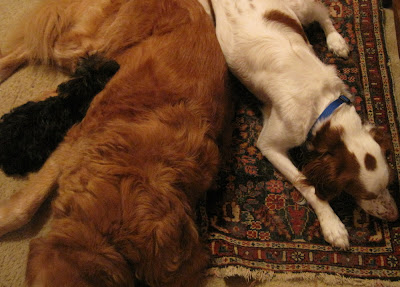 and even bigger sister Maddie. And he's been our cute as a button puppy ever since.

(Button with his sister, Agnes Rose)

Penny-Rose said…
Off-the-scale-cuteness. Love your photos. How many buttons has Buttons chewed?? He is gorgeous.
November 29, 2011 at 2:22 PM

Lorraine Young Pottery said…
I was totally thinking it should be name BUTTON !!! perfect. So adorable. CONGRATS :-}
Lorraine
November 29, 2011 at 2:44 PM

Mary Helen-Art Saves Lives said…
Six puppies...who would have thought little Twinkle could have six babies! I cried as I saw the three of your guardians sleeping together. I have a Yorkie/Maltese loved one named Rosie. She is my pride and joy and my constant companion! Button you are one lucky little Yorkie! Blessings, Mary Helen
November 29, 2011 at 5:46 PM

Peggy said…
Love your blog, you button floozies, you! I added a link to my Button Crafts article at Squidoo (http://www.squidoo.com/button-crafts).
November 29, 2011 at 8:12 PM

Janet Ghio said…
Beth-I didn't realize that this was your blog. Can't remember how I found it, but I was reading your post today and when I got to the end, I thought that Karla had a dog named Agnes Rose and then I saw your name. Love the blog world!! I have a big collection of buttons that I love.
November 30, 2011 at 5:30 AM

Sharon said…
He is so cute!!! Button is just a perfect name.
Glad you posted this blog site. It is very entertaining and I love the buttons.
November 30, 2011 at 7:47 AM

Anonymous said…
Named my Scottie dog Button 9 years ago and still enjoy calling her. And some of the little kiddies we watch have called her "But" which gives us a chuckle. Also collect buttons and have wooden ones on several window sills which my dad crafted from a pic in Pottery Barn.One last funny, at bedtime we say, "Button up."
December 4, 2011 at 8:50 PM