Showing posts from June, 2014
Show all

Since I've written a novel entitled The Button Collector, at some point I figured out that it wouldn't be such a bad idea for me to learn a little bit about button collecting.  This became especially apparent when people started contacting me with their button collecting questions! At first I did some research through books and the internet, but eventually I was invited to a real live meeting of a real live button club.  Woo Hoo!  Of course, I went. The particular meeting I attended was with the Western North Carolina Button Club. It started with our hostess wowing us with her collection of 19th-Century Mandarin hat buttons, but I was also quite impressed by many other buttons the members passed around--the Victorian button nails used to hang pictures, the mourning buttons made of hair, the smugglers' buttons  . . . and many more I can't remember. Mandarin hat buttons I also learned about the state and national competitions the club members had entered over t
8 comments
Read more 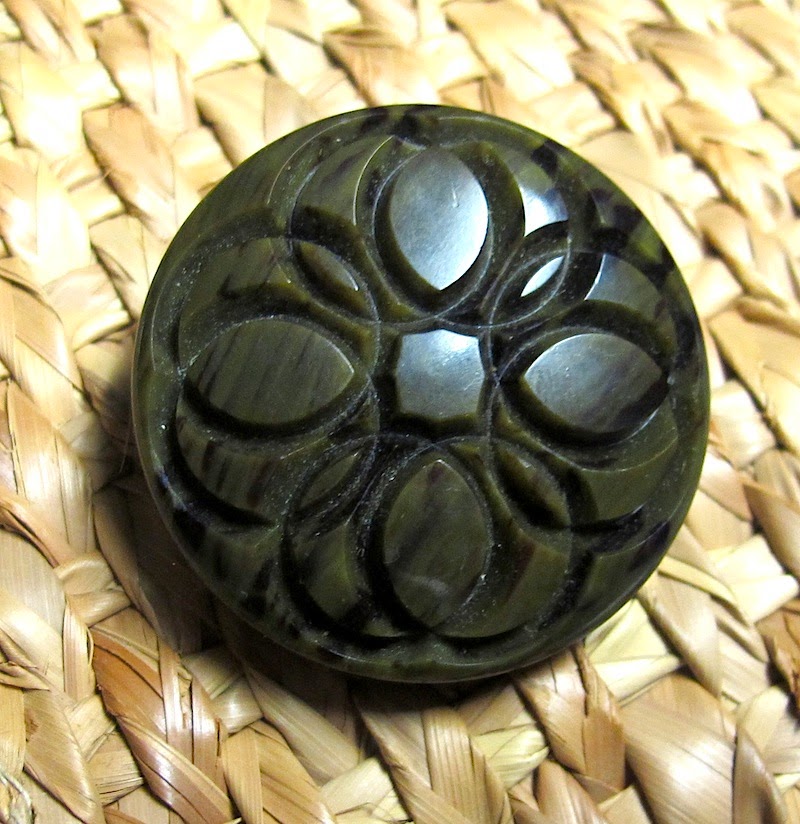 Here it is the end of June already! Summer just started.  I was cleaning my art studio. When I came across a big tin of buttons.  I took the lid off the tin and spent a half hour looking  at what was inside. While looking at these buttons,  I decided which ones to share.  Here are my picks for you on this warm summer  evening in June: A Vintage Carved Heavy Plastic Coat Button (Bakelite?) All the summer picks   A Close-up of the button picks  A Close-up of the button picks Vintage Patent Numbered on back of 2 of the large molded buttons  A vintage blue-gray thin celluloid button  A vintage butterscotch celluloid covered metal button  Three large plastic pearly flat buttons Four plastic textured faux copper buttons June is almost over....so, some evening pull out your tin of buttons and share them with others.  Happy Summer Button Floozies!
9 comments
Read more 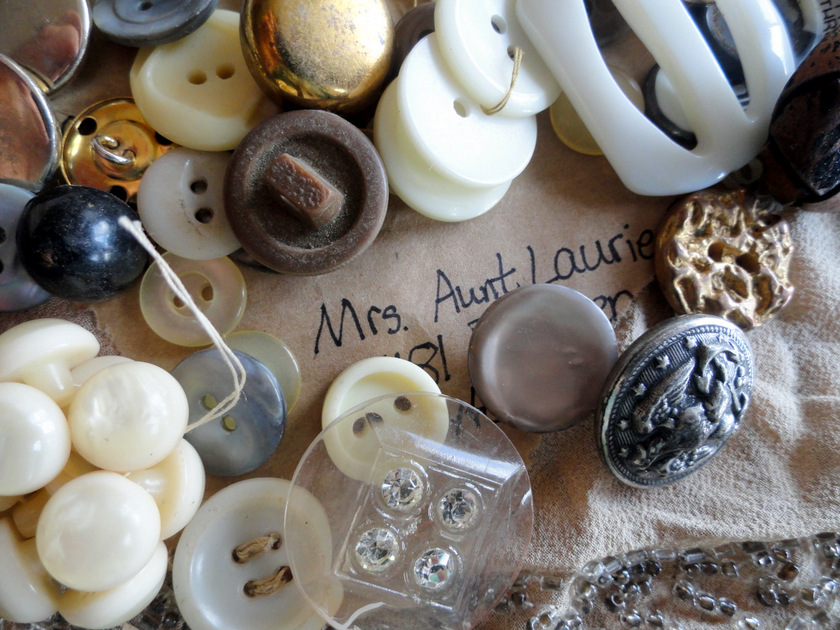 Look at the fun that arrived in my mailbox last week: These were a gift from my niece -- look how she addressed the package! My favorites from the bunch. I love it that when people I love see buttons, they think of me! Happy June to you!
7 comments
Read more
More posts