Showing posts from August, 2016
Show all

A poke in the pool, or, simple buttons galore 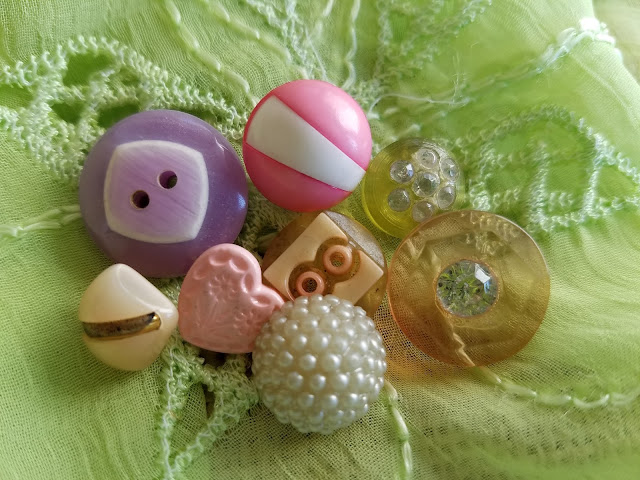 For your enjoyment: here are some of those very-common-but-still-beautiful buttons I bought in the "poke pool" (see previous post) at the National Button Society's Annual Meeting showroom:  Celluloid  All glass  All black glass Altogether now!
3 comments
Read more 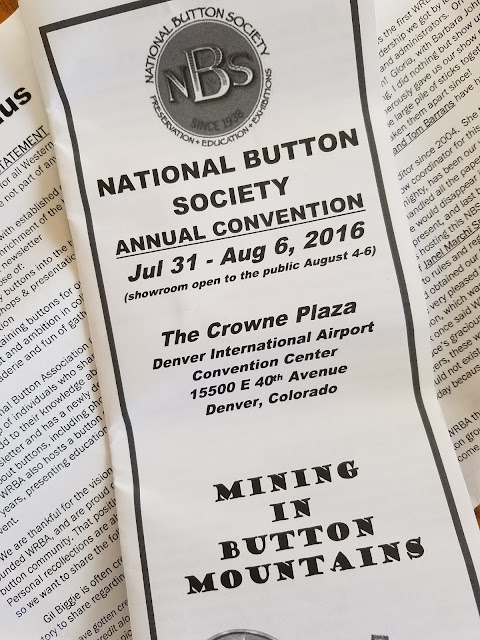 Yes, the National Button Society held its annual convention this year in Denver, Colorado.  Called Mining in Button Mountains , it was a week of informative workshops and fun, creative project classes, as well as the non-profit organization's annual meeting.  There was a button auction fund raiser, and the judging for button awards.  I wasn't able to attend the convention until Saturday, the last day, when I visited the showroom just so that I could take some photos and share them with you all! Before I even entered the showroom, I was distracted by this child-sized swimming pool FULL of buttons to poke through!  At 20 for $1, they were irresistible.  (I bought 60!) Eventually, I made it into the showroom itself.  The room was full of vendor tables -- they came from near and (mostly) far to sell their buttons. Then, all along the back wall were the displays of button "trays" that had been entered and judged for the annual awards.  There were hundreds of t
6 comments
Read more
More posts